Here are some more stress-reducing tips you might find helpful with clients. 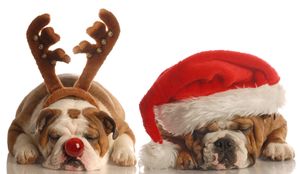 You love your family but you don’t like their meddling ways – you want to spend time with the people you love but you wish they would have a Christmas personality transplant. Every family has a relative best kept at a distance and there are those that you stand only because  – blood is thicker than water. It’s not just family but sometimes it’s the people they married that cause the greatest distress. With a little planning, surviving the misery of family get-togethers is possible.

At this time of the year many people find tensions mounting while nerves get frayed when confronted with certain members of their families.  We may have lived away from home for many years and have successful careers but somehow as soon our families enter on the scene we regress to the way we felt when we were small children.

Whether it’s the spoiler grandparent, the bulldozer uncle, the critical cousin or the expert mother there is a way to deal with their tactics.

You can get the most out of anyone  – yes, even the maiden aunt that has said this Christmas will be her last for as long as you can remember. Forget the past and focus on the present and by using certain strategies you’ll be able to act in a way that allows you to cut down on the usual hassle.  The good news is you do not have to like someone for these strategies to work.

The Spoiler
If you know that a certain person is likely to get drunk, have a fight or insult someone because this happens frequently at family events, it is important to set the ground-rules before the day itself.  Most people spend their time worrying about what to do rather than dealing with the situation.  If you get an ulcer worrying about what will happen it’s because you haven’t dealt with the problem.  One of the first rules in life is – take responsibility and stop wishing someone else would do it.

If your family member is known to be a spoiler of events make sure you speak to the person before he or she comes. Tell the person what you like about him – “you are such good fun and the kids love you” as this shows that you do appreciate his positive side. However, this only works when there really are positives and, in the worst case scenario, don’t make something up as unless you are an Oscar-winning actor, whatever you say will sound false – saying nothing is better.  The next step is to point out the behaviour that you and others find difficult “I think you tend to drink a bit too much and it has spoilt the day a few times”. Be clear and direct. Then you need to assert the fact that you would like to have the person over for Christmas but need a promise from him that he will take more care this year.

If the individual makes a fuss, breathe deeply and look as relaxed as possible while you restate what you have said.  If the person threatens not to come then let him know he will be missed but that it is his choice. The important thing is that if you do not set any boundaries around someone else’s behaviour you are, in effect, giving him the message that his behaviour is acceptable.

The Bulldozer
You can always recognise a Bulldozer as he or she issues orders and total compliance is expected. This person will flatten you while she tries to take control of the situation – superiority oozes out of every pore and you had better do what you are told if you know what’s good for you. This person often comes across aggressively, tends to talk loudly and interrupts. He or she does not listen and can seem a bit of a bully.

When dealing with a Bulldozer you need to be firm and in psychological terms you “match” her body language. What this means is that your body language mirrors the other person’s as this technique often wins over others as we subconsciously tend to see someone who looks like us as being a friendly person and, in this context, it can help calm the individual concerned. The last thing you should do is get into an argument with this person as you will not win it – stay calm, let her know you have heard what she has said “I understand that you think it would be better to have the table facing the window” and stick to the point “however I really like it where it is”.

The Critic
The critic can find a way of complaining about anything and everything and whatever you do it will never be good enough as she has a habit of chopping and changing her mind. Last time she did not eat strawberry jam and this time when you have specially gone out to get some she only wants apricot. Sometimes these individuals criticise in a low droning kind of way that has the effect a mosquito has when you can hear it making its distinctive noise in the background. Other types of critics are far louder and can seem as if they are rather like a pressure cooker waiting to let off steam.

The first thing to remember is not to take what they say personally otherwise you will end up feeling bad about yourself and frustrated. These people want recognition and instead of going about it in the normal way they try to get attention through their criticism. Therefore, see them as needy people. Keep a friendly outward manner and listen to what they say in a non-defensive way (remember depersonalise – it’s not about you it’s about them!). A good way of dealing with critics is to agree with them – it really throws them. When aunty tells you that your potatoes could have been cooked a little longer say, “yeah…you could be right”. This is a technique called deflection and is one used to confuse the other person, as she wants you to retaliate and when you don’t she usually gives up. The more you can show critics that you are not bothered by their complaints the less of a “pay-off” there is and the less productive the whole exercise becomes. If you are really clever you can head a critic off at the start – all you have to do is tell her she won’t like something and strangely she will often tell you how great it is so that she can prove you wrong!

The Expert
This is the type of person who is pretty good at things and often has great ideas. The problem is that they are so convinced they are right they often implement a plan without letting anyone in on what they are doing. You leave the room and when you come back you find your seating plan has been rearranged. These people have an amazing amount of information as to why a certain person is better placed somewhere else and arguing with an expert is only likely to end up with you losing. It is easy to take the easy way out and give in to experts but the more you do the more you encourage them in their behaviour.

If you are dealing with an expert you need to ask open questions to get her to understand why a certain action might not be the best. For example “how do you think you might feel if I changed your seating plan around at home?” However, you have to say things in a non-aggressive or defensive tone of voice otherwise the expert will withdraw and you will end up feeling guilty. You also need to make sure you stick to the point and make factual comments such as “I would prefer to keep to the original seating plan as I have organised everything around it”.

You do not have to justify your position – simply explain it. It is easy to spot the difference – when we justify we say too much and try to convince the other person that we are right. When we explain, we keep it short and simple and are only letting the other person know the basics. Another good tactic is give the expert something to do – “I would really appreciate it if you could fold the serviettes as you will do a better job than I will”. This way you get them out of the way, the person is doing something useful and feels flattered into the bargain. A list of jobs never goes amiss with an expert.

2 Responses to How to Deal with Difficult Relatives over Christmas (or at any time of year!)

Bad Behavior has blocked 742 access attempts in the last 7 days.