Belief, Hope and Evidence Based Practice 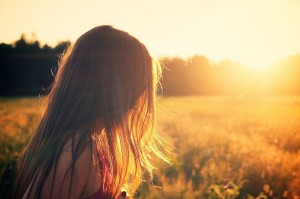 I remember reading two articles in the popular press.  The first told the story of a man struggling to control his depression and the second of a man unable to control his temper.  In both cases extensive therapy was undertaken but the there was only limited change.

Implicit in both articles was the belief that therapy has the magical quality of being able to help anyone with any problem at any time.  I realized that many therapists, consciously or unconsciously, collude with such magical thinking.

When I took my first steps in therapy training back in 1976, it never occurred to me to think that therapy could be inappropriate, ineffective or unhelpful.  Indeed, had such things been suggested I suspect I would have been deeply offended and passionately defensive.  I was on an evangelical quest. I genuinely believed everyone could benefit from therapy, that there was no problem too great that it could not profit from therapy and no one so damaged that therapeutic skill and Rogers’ Core Conditions could not heal.  These thoughts, together with my own journey of healing and self-development and optimistic nature, had made me, with the benefit of hindsight, dangerously naive.

Looking back, I don’t blame myself for my naivety as, at that time, issues of social context, oppression and power were not part of the syllabus. The focus was on the inner world.  Little if any time was given to issues of psychopathology and how such understanding can save the client and therapist time, money, guilt and despair.

Person-Centred Therapy brought hope of helping everyone find their true self and was seen as a new and exciting way forward.  Therapy was little more than embryonic and practitioners like me did most of our learning ‘on the job’.  In the last thirty eight years great strides have been made in considering each of these subjects.  Therapists now leave diploma courses far better equipped than my generation.  However, I still see well-meaning, overly optimistic therapists unwilling or unable to consider the limitations of the counselling they offer. Such therapists never really ask themselves the question ‘what type of client or client problem would not benefit from my approach?’ Over the years I trained in many different therapeutic approaches as I tried to find the one approach that would help all. I finally settled on Cognitive Behavioural Therapy which is the approach I have used for twenty five years. However, whilst I believe that this approach offers the greatest change, it too has limitations.

Working with clients involves, amongst many other things, belief and hope; the therapist’s belief in his or her chosen therapeutic orientation. The therapist and the client’s hope that a useful therapeutic alliance can be forged together and that the skill level of the therapist and the client’s motivation match.  However, false hope and misguided beliefs cause despair for both parties.  After all, most clients, whether they are aware of it or not, have faith in the therapeutic process.  Many believe if they just work hard enough one day all will be well.  Perhaps that is the case.  However, perhaps for some people the outcome will be the ability to manage their situation more effectively rather than eradicate it.  If clients as well as therapists are not realistically prepared for what therapy can and cannot do, disappointment sets in.

Much has been achieved in creating understanding of the therapeutic process. However, each therapist needs to consider their own balance of belief and hope.  To me belief is based in CBT evidence based practice but there are still times I find myself wondering whether I may be idealistic and, if so, could do damage? Keeping an open mind and not being slavishly wedded to a therapeutic model can be a challenge for any therapist. Do we use our models as a tailor made bespoke offering for each client or do we try to make each client fit our model?

Does considering limitations plunge us into disillusionment and despair and, if so, why?  Finding a realistic balance which maintains belief in the human ability for change together with the findings of evidence based practice without abusing faith makes accepting the limitations of therapy one of our most difficult tasks.

Bad Behavior has blocked 251 access attempts in the last 7 days.