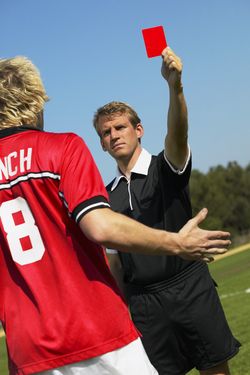 Following on from last week’s post, here are the next 4 ways to argue effectively:

Stick to the Point

Don’t get side tracked into other issues.  Take one thing at a time.  Make a list if you have to but keep to the point. Think about what you are trying to get out of the argument – for example, if you want to make a point do so clearly and keep on repeating it as long as it takes to get the point home.

Remember this is not about getting the other person to agree with you (although that would be nice) but simply about them hearing your point of view.

Don’t try and talk about too many things at once. Very often when an argument starts it is tempting to bring up all sorts of events that you feel the other person did not handle well. However, all this does is prolong the argument and ends up like scoring points…”and another thing!”

Don’t put off discussions for too long.

If you put off having a discussion for too long it may mean both of you have time for your feelings to fester.  When you do this what usually happens is you end up arguing about something else totally unrelated!  Don’t put your head in the sand.  So many arguments could be avoided if people shared all the little things that bug them when they happen.  People often tell me they don’t want to say anything because it might sound petty.  However, it’s all those petty things that get stored up that one day get let out all at once usually in a major argument over nothing at all.

You are responsible for your own feelings  It is too easy to blame others. People are not mind readers – just because you think something doesn’t mean the other person has too or that you are right.  People are brought up differently with different rules about how to behave and, if you assume that all people should think the way you do, it will only lead to problems.

Can you remember the first time you went to a friend’s house and saw his or her family doing something differently to your own? – I imagine you thought it was odd and up until that point you had thought everyone did everything the way your family did.

Look for a “win/win”

Many people approach arguments as if they are a life and death situation.  Research has shown that successful and happy people look for a “win/win” in their disagreements with others.  Compromise is not a dirty word – those who know how to compromise usually end up far better off than those who don’t.  What’s the point of hurting your relationship just to prove you were right?

I hope you have found these strategies helpful – you might also be interested in my book: No More Anger: Be Your Own Anger Management Coach

Bad Behavior has blocked 343 access attempts in the last 7 days.