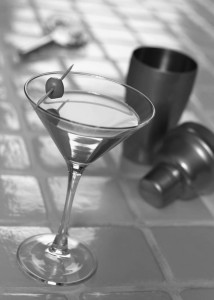 The stress hormones Adrenaline, Noradrenaline and Cortisol are released into the blood stream together with fatty acids and sugars.

This cocktail of substances helps people perform acts of extreme physical strength. For example, jumping over a seven foot wall to escape an attacker, lifting a car to free a child, being able to fight off someone twice our size. Adrenaline is normally associated with the ‘flight’ part of the flight or fight response, whereas Noradrenaline is normally associated with the ‘fight’ part of the response. Cortisol acts as the ‘on and off’ switch for the stress response.

Although it is important to be able to call upon the stress response in times of need it is also important to switch it off and return to normal once the threat has passed. Cortisol also sensitises the immune system, reduces inflammatory response and reduces allergic reactions. People experience an increased heart rate, blood vessels constrict in the skin and internal organs, blood clots more quickly. Our breathing becomes deeper and more rapid and glucose and fat stores are mobilised as a source of energy. Sweating and increased sensitivity takes place and stress hormones, sugars and fatty acids are also released and blood withdraws from the extremities of the body (such as hands and feet) to protect the vital organs of the body. These changes place the body on a kind of ‘red alert’ operating at maximum efficiency to deal with the threat being faced.

Although the stress response is normally called ‘fight or flight’ there is also one other type of response that can be experienced – that of the ‘freeze’ response. Here the person may feel paralysed and unable to move. This response has its proper place in the protection of a human being. For example, social workers, counsellors, psychiatric nurses and those working with emotionally disturbed people are sometimes taught that the best thing they can do to defuse a potentially difficult situation with an angry client is to remain totally still, as movement could be interpreted as an aggressive act, which could provoke the person to escalate his or her aggressive response to that of physical violence.

By remaining still the aggressor may calm down and once he or she has backed off the worker has more choices on how to deal with the situation. For example, by talking to the person or moving slowly towards an exit. Therefore, the ‘freeze’ response can also be seen as a protective response. Although staying still can be taught as a technique, it is also a natural response. An adaptation of this response can be seen in the animal kingdom when violent attack is circumvented by submissive behaviour on behalf of the threatened creature.

For further reading: No More Stress!: Be Your Own Stress Management Coach

Buffer
← Understanding Trauma and Stress
How to Help Yourself Manage Stress →

Bad Behavior has blocked 345 access attempts in the last 7 days.