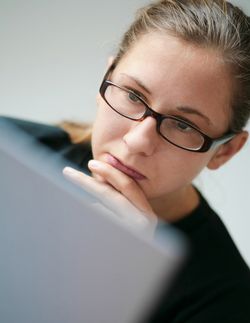 Reflective practice and self-evaluation take many forms. Reflecting on work with clients directly after a session has ended, on areas of counsellor strengths and weaknesses, on personal motives for engaging in counselling (McMahon, 1994) on gender and sexuality (Davies, Neal 1996) on personal counselling philosophy and theoretical approaches and on the relevance of research and how it can inform practice and skill efficacy (Legg, 1998).  Reflective practice also considers social, cultural and organisational context which may help, hinder or influence the therapeutic relationship (Megranahan, 1997, Lago, C, Thompson, J, 1996).

The counsellor’s interactions with clients, colleagues, organisations and society provides a rich breeding ground for reflection.  Everything that happens to the counsellor personally and professionally provides useful information which may aid the therapeutic process.  For example, some counsellors accept that a significant proportion of clients fail to return after the assessment or first session.  Some accept this as a fact without questioning what may have prompted this response whilst others wonder as to the meaning non-attendance might have and what part, if any, they may have played in the process (McMahon, 1998).

As some counsellors hardly ever have a client ‘DNA’ after the first session the question as to why such disparity exists comes to mind?  Some counsellors would argue that clients are unlikely to discontinue counselling unless outside forces such as lack of money, transport, child care arrangements or internal forces such as a personal lack of motivation, severe psychological disturbance or despair intervene.

If the counselling being offered meets client needs and the relationship with the counsellor is perceived as a helpful, facilitative one clients are more likely to return.  If this is the case then examining the reasons for client non-attendance may enable the counsellor to reflect upon the efficacy of their practice and what, if anything, the counsellor can do to help clients engage more fully in the therapeutic process.

A counsellor’s desire to engage in reflective practice may be influenced by such factors as training, personal awareness, stress, individual motivation and personality (Dale, 1997). Continued Professional Development (CPD) is now recommended by nearly all of the major umbrella bodies within counselling, psychotherapy and psychology and could be seen as another way in which a therapist continues to deepen their therapeutic understanding and reflective ability.

Regardless of therapeutic orientation, personal therapy for counsellors is also seen as a positive way in which the counsellor may increase their understanding of personal motivating factors which  help or hinder their work with clients (Padesky, 1996).  Some writers have suggested that professional and personal development cannot be separated and that developmental issues for counsellors comprise of a spectrum of elements (Wilkins, 1997).

Next posts in series:

2 Responses to Reflective Practice and Self-Evaluation

Bad Behavior has blocked 260 access attempts in the last 7 days.